Image by Carla Arena for eltpics

One of the first ELT blog posts I ever wrote was for an incredibly tall, almost Scottish-looking (blood runs thicker…) chap from Brasilia. We’d ‘met’ online, as he is an integral part of the vibrant, dynamic and incredibly friendly Brazilian EFL ‘set’ (more posts to come soon from other BRAZ-TESOL stars 😉 ) and he’d subsequently invited me to write about Sugata Mitra, Neil Postman and Scott Thornbury (a mighty trio, if ever there was one) – but I’d never been able to return the honour until now (I may need to make it two blog posts by this gent, though, considering how patient he was with my wandering words). He has also kindly supplied a Bio, which is included at the end of this post, so I’ll leave those particular details to him. Suffice it to say that I am very VERY pleased to finally be able to return the invitation to blog for us, and to welcome Henrick Oprea to Take a photo and….  Take a bow, Henrick 🙂

I can still remember the very first time I heard about ELTPics. At that time, I had mixed opinions about the initiative. On the one hand, I thought it was a wonderful chance for teachers to share their pictures and help other teachers and, consequently, allow for a lot more networking among English language teachers. On the other hand, if there were lots of teachers participating and submitting their pictures, it’d soon be hard for anyone to find a good picture in the photostream, which could put the idea to a halt…. Fortunately, there are brilliant people who diligently organise ELTPics and have made it an incredible resource for teachers worldwide. There’s no way we, teachers around the world, could thank these people enough for such a fantastic job.

It is on account of this organisation that English teachers have the chance to make use of images in their lessons even when they haven’t really got the time to look for the right picture to use when preparing the classes. I myself am constantly surprised by the high quality of these amazing photographers who also happen to be teachers (I know it’s the other way around, but once you have a look at the pics, you sort of wonder if it isn’t like this) and who are part of such a lively community.

Well, this is where it gets interesting. Images, as we all know, are very powerful tools we have at our disposal when teaching, and with ELTPics you can do things right out of the box, or you can also plan something a little bit more elaborate. Please, bear with me while I share some of the things that I’ve already done in class with ELTPics.

As soon as you open the photostream for the ELTPics Flickr account, you can click on the link to the albums. This is the image that greets you:

A quick look at the names of the albums will certainly make it crystal clear to you that the albums have been organised by English teachers and for English teachers. Are you teaching students about clothes? There’s an album for that. Emotions? You got it! Animals? Adjectives? Colours? It’s all there. This means that anytime you’re at a loss for a picture to better illustrate something while teaching, you don’t need to go to Google and hope to find a nice image there. A quick visit to ELTPics is likely to be a lot more effective. In addition to that, you’ll find that one image will lead to another and things are likely to escalate.

A quick activity: Telling a story

One area in which ELTPics has come in handy was when teaching students verbs and actions. There’s an album labelled -ing, which, as you’ve probably guessed, contains lots of pictures (more than a thousand pictures, actually), to illustrate what people are doing. I’ve used this album in class when discussing with students about actions and verbs in English. It’s always been very useful as students have to go out of their comfort zone and remember that there’s more than studying, sleeping, eating and working. One of the things I like doing when working with this album is:

When I did this activity, I changed pictures every 20-30 seconds, but I’d advise paying attention to the production of the students to realise how long you should leave each picture on the screen. As a follow-up, groups could write their stories for classmates to read.

One of the main difficulties that my Cambridge Exam students have is talking about the pictures. To be honest, I’ve even tried asking them to do the task in their L1, and it was just as disastrous as in English. I knew I had to get them to talk as much as possible about pictures they’re not so comfortable with and this is another activity in which ELTPics can be helpful owing to the quality of the pictures. For this activity, you can choose pictures from two different albums: Predictions and Every Picture Tells a Story. This is how it goes.

[Note from Editor: The FCE exam is changing in 2015, and speculating will be replaced by comparing & contrasting two images – you may want to use two photos and focus on language of similarities and differences, at that time.]

4. Tell students you’ll show them 10 different pictures in which they must do the following:

These were the pictures I used the last time I did this activity:

Images from ELTpics – see end of post for credits and links

If your students recorded themselves, ask them to listen to their recordings – from first to last – and have them tell you if they managed to use appropriate language for speculation more frequently as the activity progressed. I use Evernote with my students to record what they’ve produced. If you have a premium account, you can create and share a notebook with each student of yours. If you want to use the free version, ask them to create a notebook and share it with you so you can also listen to their production.

[Note from Editor: For the new First for English (FCE) exam, you could play a game after this activity, whereby students think of as many similarities & differences between the 10 pictures – but from memory. ‘I think that in the fourth picture, the people were dressed in a similar way to the people in picture 8. The fifth picture was of a relaxed, happy group of people, whereas the sixth picture showed quite the opposite. etc.]

So there you have it. These are some of the ways in which ELTPics has helped me in my classes. I’m sure you’ll be able to think of a hundred of other examples as soon as you start exploring the albums. I said it once and I’ll say it again: the organisers of ELTPics manage to make the job of using pictures in the classroom extremely easy and straightforward. All you have to do now is start using them!

Henrick Oprea has been working in ELT since 1997. He has a post-graduate degree from the University of Birmingham and he is an associate at iTDi. He works as a freelancer in Brasília and his main areas of interest are teacher education, exam classes and theories of teaching and learning. He believes that teachers are the ones who make the difference in any classroom, and this is why he is keen on sharing. He blogs about education and ELT at http://hoprea.wordpress.com, and you can also find him on Twitter (@hoprea), Facebook and Instagram, where he occasionally shares pictures of boards from his classes.

Credits and links to images in the mosaic (for other links, click on the images)

All images for ELTpics by: 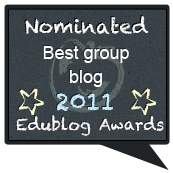 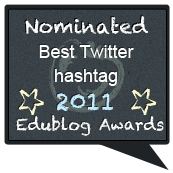